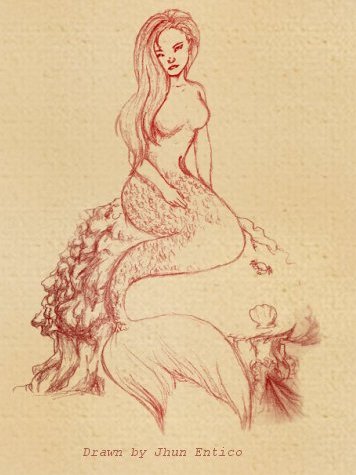 Kamatayan it means death of a person or total cessation of life, happens to all living. Kamatayan or Grim Reaper is also known as soul collector. His figure is believed like a skeletal man, wears a black cloak and carrying a scythe. He is known for collecting soul, patiently waiting until the very last minute of your life.

His presence means death. Some people have seen a figure similar to this that could be the grim reaper itself. Once he appear, someone will die. Someone will die by any means, like a tragic accident, or maybe an already ill person which he’s been waiting until he took his last breath.

There are mythology about Grim Reaper and even has different version. It just means that this story has been told by and talked by people ages ago.

There was also a movie about Grim Reaper. His story is still being told to everyone. This just means that his story lives with us. Many of us still believe of his existence.

Still wonder if he really exists, why and where he taking the souls?

People believe it is the devil itself who is taking souls and bringing to hell.

Stories and Comments about Grim Reaper

I am 15 now, and this happened to me back when i was 10 yrs/o. Back in 2010 i was with my mom, she is a teacher so i come along with her to the school to stay up late and help her with her grades. and she has a Co-Teacher which i will hide it by calling him Sir.Edgar I was in a principal's office when my mom told me that i should go and play computer and she will be back because she forgot her USB at home. so i was playing minecraft. to give you a background of the highschool it was once a sementery and destroyed and develop it to make a school. the pricipal's office is the farthest office in school which can be located near the library. i was with sir.Edgar When this happens he is in the faculty room near the Principal's Office. and it was 9:40pm exact when this happened. i was just playing a game called minecraft and suddenly i felt the air got cold and chilly and the atmosphere around me went up i can feel of presence of some person well not really a person but ghost. and then above the Computer there is a tall mirror which can obviously reflects anything. and i suddenly saw someone standing behind me i cried softly because the ghost was looking at the mirror with the blood shot eyes. and the ghost was tall and long hair and very very pale skin. and then when I look at the mirror again the ghost behind me was staring at me. and then i scream and cried And the ghost behind me started on choking me and pulling my hair and the ghost behind me started on choking me and pulling my hair so I was in adrenaline mood now my fight and flight response now I managed to escape the ghost behind me . then so I ran while screaming and crying to see Edgar said there is a very religious person so he called my mom and said that I saw a ghost. he suddenly came to the room where i saw the ghost and the ghost just suddenly disappeared. and he told me what does it looks like and i told him everything i knew. he said it was a White Lady. i was so lucky he said that i escaped from her grasp because some of the ghost called white lady are dangerous and they seek revenged for what the bad people done to them. and usually white lady can come in any sizes and looks. when sir Edgar called my mom she came here in a hurry while screaming my name with my brother. and that ask me if i'm ok i told them yes and sir Edgar told them everything. Usually dogs and cats can see anything that we cannot see with our own eyes. and when they brought the cats and dogs to the room the pets are acting aggressively towards the chair near the computer and then one cat approach the chair and they followed where the ghost until we cannot see out cats outside because it got scattered. and i told this to one of my friend and suddenly he said that it was his dead mother. seeking for revenge and justice because his husband killed her due to alcoholic behavior. and i visit her grave every all saint's eve to give food and flowers to show respect. and i feel sorry for my friend because that happened. his grandparent's adopted him. it's been many years now and that ghost isn't bothering me anymore i wish her rest in peace.

If I will encounter a Grim Reaper that looks like Deok Hwa of Goblin Korean Drama Series, I will not hesitate to come with him hahaha. I've been to many accidents but never saw the Grim Reaper. Maybe it's not yet my time and as what my friends say, I am a death cheater. Ooohhh. No to final destination please! Hahahaha.